In the Spotlight with David Hollingworth, London & Country

We spoke to David Hollingworth, Associate Director of Communications at London & Country Mortgages, about the benefits of the intermediary channel and the consequences of a Bank Rate rise. 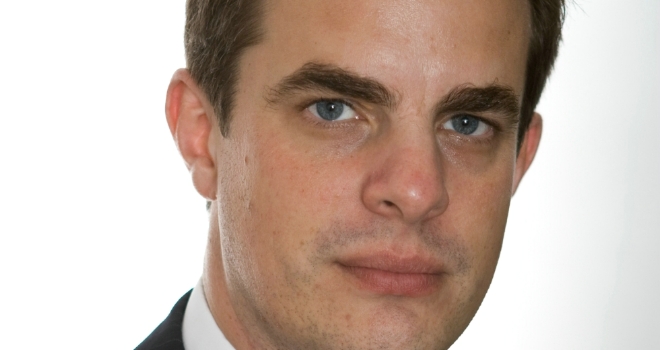 FR: TSB recently launched its buy-to-let pilot with London & Country - do you think smaller banks opening up to intermediaries is a positive sign for the industry?

The recent pilot of TSBs new Buy to Let proposition has been really successful, as was the original initiative last year before TSB rolled out its intermediary range to the market. It showed how committed the lender was to providing a solid service as well as good product to the market.

It’s fantastic to see lenders increasingly looking to open up to brokers, recognising the benefits of the intermediary channel. From a broker’s perspective having more products at their disposal and any innovation that stems from new, smaller players will always be welcome.

FR: London & Country recently picked up three Financial Reporter awards. Why do you think this is and what affect will it have on business going forward?

We try to keep questioning how we do things and see where we can make improvements no matter how small a tweak it might be. The mortgage market is a competitive place so you can’t afford to sit still and ensuring things keep evolving should result in happier customers and more referrals.

Listening to our customers is a crucial part of that as well. We’re obviously delighted to land awards against strong competition and hopefully it reflects our approach to doing business.

FR: What challenges or opportunities do you think the industry will face following the implementation of the European Mortgage Credit Directive?

In theory there shouldn’t be a seismic shift in the way that we go about things once the MCD is implemented, other than trying to explain another APR measure to confused customers. However, there’s inevitably going to be a period of adjustment as lenders get to grips with their preferred approach.

There will be plenty of attention on the potential impact on Buy to Let so that will be an area to watch closely.

MCD stipulates that there must be an affordability assessment in all cases and that has led to suggestions that it will be the death of the transitional provisions. However, we still think that there is potential for the transitional provisions to be adopted. For example affordability could be established based on the borrower’s good track record of making payments at a higher level than they will enjoy on the new deal.

Originally included by the regulator to prevent borrowers becoming mortgage prisoners, the provisions haven’t been used by lenders as fully as they could have been, although encouragingly some building societies have now adopted their use for new borrowers. More clarity around how lenders can continue to apply these valuable provisions against a backdrop of the MCD would be welcome.

FR: With the MPC pushing back the timeline on a rate rise, how do you think this will affect the rates seen in the market?

So far it’s only led to increasingly competitive rates and fixed deals have never been lower. Fixed rates represent a real opportunity for borrowers to lock in at a low at the moment. I think that Base Rate has been so low for so long that it’s easy for borrowers to be complacent but some will kick themselves once rates start to climb.

Fixes won’t keep dropping forever and already we’ve seen that they can also drift up a touch. The withdrawal this week of HSBC’s 5 year fixed rate underlined that these deals don’t last forever,

FR: What is the most important piece of advice you would give to an intermediary starting out in the market today?

Today’s market offers exciting opportunities and I think we always need to attract new blood to enter the industry to keep things fresh. With such a competitive market at the moment it’s certain to appeal.

It won’t be a radical revelation to anyone to suggest that a crucial element is to always be thinking about what the customer wants and needs. Putting what is best for them at the top of the agenda will serve you well.

FR: If you weren’t working in financial services, what would you be doing?

I studied law, had a spell working in a theatre management business and have been talking to journalists about the market for longer than I care to remember. Not sure what that combination might result in so guess I’ll stick to mortgages for now!