CPI inflation rose by 5.4% in the 12 months to December 2021, the highest rise since 1992, according to the latest ONS statistics. 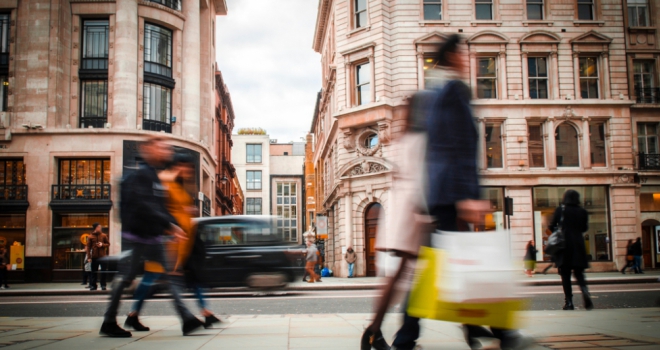 "With supply chains still in crisis and economists warning that inflation may not peak until the Spring, multiple interest rate rises may be necessary in the year ahead. "

On a monthly basis, CPI increased by 0.5% in December.

CPIH inflation, which includes owner occupiers’ housing costs, rose by 4.8% over the year.

‘Household services’, which include gas and electricity, as well as petrol, were among the biggest contributors to the rise.

Economists now predict that "multiple interest rate rises" may be necessary in the year ahead.

Paul Craig, portfolio manager at Quilter Investors, said: “It’s back to the 90s for inflation, with CPI hitting 5.4% in the year to December, the highest level since March 1992. When inflation was last this high, John Major was Prime Minister and Silence of the Lambs had just picked up an Oscar for Best Picture at the 64th Academy Awards.

“It’s not so much Silence of the Lambs now but Silence of the Doves. The Bank of England is vindicated in its decision to hike rates in December in the face of Omicron uncertainty, but it could still go either way when the MPC meets in early February. The MPC will be faced with a difficult trade-off between ensuring financial stability or helping households cope with a cost of living crisis that is set to squeeze household finances over a difficult winter period. It’s not just the cost of living that is increasing, so is the cost of going to work, and wage increases may not be enough to cover the cost of returning to normality. The ONS published figures showing wage growth of 3.8% yesterday, so workers are facing a real terms pay decline of 1.6%. Taken together, there is a very real concern that in-work poverty is growing.

“It seems like madness now that only a year ago we were pondering whether the Bank of England would take rates below zero, but even with inflation hitting 5.4%, things will get worse before they get better. Inflation is expected to peak in the second quarter before starting to settle down in the latter stages of 2022 and early 2023.

“We are at a historical juncture for markets and developed economies, which are battling with inflation numbers not seen for decades outside emerging markets. Investors are faced with a delicate market environment at the moment, and they will need to watch the data and markets very closely and allocate accordingly. Diversification, active management and prudency are the key tools for investors to use now.”

Derrick Dunne, CEO of YOU Asset Management, commented: “Another month, another milestone for UK inflation. The Consumer Prices Index (CPI) jumped by 5.4% in the twelve months to December, which is not only higher than the 5.1% recorded in November; it is in fact the highest twelve-month reading since the early 1990s.

“Striking though it may be, and sharper than expected, this latest rise is entirely in keeping with the ongoing cost of living crisis and the soaring price of energy in particular, with a major upward contribution to the annual rate coming from transport (1.29%) in December.

“Even so, today’s data is a stark reminder of the challenges facing the Bank of England. With supply chains still in crisis and economists warning that inflation may not peak until the Spring, multiple interest rate rises may be necessary in the year ahead.

“The Bank’s MPC will next meet on February 3rd to decide the base rate, but it’s clear that investors will still have to content with a harsh inflationary environment for the foreseeable future.”

Ed Monk, associate director at Fidelity International, added: “With inflation now at its highest level in almost 30 years, many households simply won’t have experienced price rises at this level before. With wage data yesterday showing pay rising at just 3.5%, families are getting poorer in real terms and the situation could last for some time. Again it’s fuel costs - both energy bills and motor fuel - that are adding most to the squeeze but in truth there’s upward pressure in all areas.

“The next few months, in particular, will be painful as household energy bills are forecast to rise further and a planned rise to National Insurance kicks in from April. The monetary policy response to inflation - raising interest rates - will only add to the squeeze but the Bank of England will feel great pressure to act and take some steam out of price rises if it can. Some economists are forecasting multiple rate rises this year, and the first test of that comes next month.

“The question for the next few months will be how much of the current inflation we’re seeing proves transitory, and how much will prove much harder to dislodge. Clearly, the financial pressure on households is likely to dampen sentiment and this could feed through to weaker growth overall.”