Mortgage arrears continued to fall to near historic lows in the third quarter, according to the latest data from UK Finance. 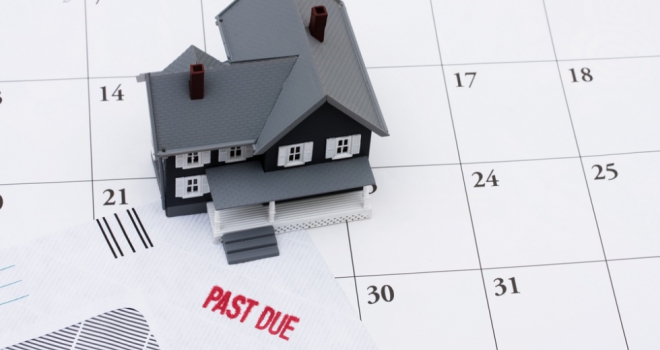 "While levels of mortgage arrears and possessions remained low up until the end of September, there is no room for complacency"

UK Finance says the Government's furlough scheme, which remained in place until the end of September, alongside nearly 3 million mortgage payment deferrals, helped many customers to remain out of arrears.

Within the total, there were 25,110 homeowner mortgages in early arrears (those between 2.5 and 5% of balance in arrears), a decrease of 5% on the previous quarter and 10% fewer than the same period in 2020. Barring an initial uptick at the end of March 2020, these early arrears figures have remained lower than the number seen before the pandemic began.

With the end of Covid-specific support schemes, UK Finance predicts that lenders' provision of tailored forbearance to customers in difficulty "will moderate, but not prevent", increases in early arrears.

Within the total, there were 27,980 homeowner mortgages with more significant arrears (representing 10% or more of the outstanding balance), 70 more cases than the previous quarter. This figure has risen - from a low base - since Q1 2020, although the rate of increase has slowed. These customers, who were already in relatively deep arrears positions prior to the pandemic, will likely have made use of the full six months of Covid-scheme payment deferrals and are equally likely to be receiving (or in need of) further support through lenders’ tailored forbearance.

UK Finance's data shows that possessions have slightly risen in absolute terms, off a low base, as the courts work through the backlog of cases that built up during the possessions moratorium. The possession cases currently going through the courts are predominatly those that had built up significant levels of arrears prior to the start of the UK's response to the pandemic.

Eric Leenders, managing director of personal finance at UK Finance, said: "Mortgage arrears continued to fall to near historic lows during the third quarter of the year, with the furlough scheme and the previous mortgage payment deferral scheme supporting people and even enabling some to pay down existing arrears.

“Following the end of the year-long moratorium on possessions in April 2021, there were a small number of possessions in Q3, however these reflected cases where people were already in financial difficulty before the pandemic. Possession is only ever a last resort after tailored support is exhausted and we expect to see a gradual increase in cases as the courts continue to process those which had been put on hold."

David Kennedy, chief lending officer at Masthaven, commented: “While levels of mortgage arrears and possessions remained low up until the end of September, there is no room for complacency. These low levels continue to reflect the impact of the various government Covid support measures, as well as the resources and energy that the mortgage industry has put into battling the impact of the pandemic. Heading into the final quarter of 2021, however, the government wound down its pandemic support programmes, just as it has always said that it would.

“The end of furlough at the start of October could prove a large financial blow to many struggling borrowers. Rising inflation, fuel shortages and further supply chain disruption have also hit borrowers financially. These Covid-related supply chain issues, as well as shortages in labour, key technology like microchips, and raw materials are expected to continue into the next year further pushing up inflation.

“The Bank of England has yet to increase its base rate, but higher levels of inflation could force its hand. Even the smallest of rate rises may end up tipping borrowers over the edge, especially those who have low levels of financial resiliency post-Covid. At the same time, house prices continue to rise, potentially causing further affordability issues for would-be buyers.

“Lenders need to step up to meet these challenges. This means taking a proactive stance, identifying and making contact with vulnerable customers before their circumstances worsen. The industry has responded well to the pandemic so far, but we could well still be facing a difficult and uncomfortable end to the year.”