The Prudential Regulation Authority (PRA) has fined Metro Bank £5,376,000 for "failing to act with due skill, care and diligence" in relation to its regulatory reporting. 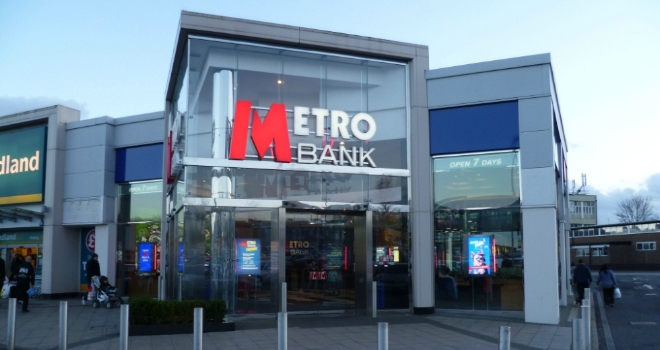 "We expect firms to invest appropriate and adequate resources to ensure that they submit accurate regulatory returns."

The failings relate to the regulatory reporting of Metro Bank's capital position and for failings in its regulatory reporting governance, controls and investment with respect to its Common Reporting (COREP) returns sent to the PRA between May 2016 and January 2019. In January 2019, the Bank announced that it had adjusted the risk weightings of certain commercial loan portfolios on its balance sheet, to reflect corrections that it had made.

Firms are required to submit periodic financial information to the PRA, including reports as part of the COREP framework, a reporting framework introduced to standardise the reporting of capital requirements and prudential regulatory information. These COREP returns include quarterly reporting on a firm’s current assessment of its risk weighted assets.

On 23rd January 2019, Metro Bank announced to the market that it was making an adjustment to its assessment of its RWA for December 2018 of approximately £900 million as a result of Metro Bank having applied the incorrect risk weighting to certain commercial loans. Whilst Metro Bank remained in compliance with its regulatory capital requirement, the application of the incorrect risk-weight resulted in an inaccurate picture of the firm’s regulatory capital position being presented to the PRA.

In the years before the 2019 Announcement, Metro Bank pursued a rapid growth and expansion plan and increased its number of high-street branches and customers, growing core deposits and lending. However, during this time, the PRA found that Metro Bank failed to ensure the commensurate development of, and investment in, governance arrangements and systems and controls relating to its COREP reporting, which it failed to design, implement or operate effectively in a number of respects.

Metro Bank agreed to resolve the matter and therefore qualified for a 30% reduction in the original fine of £7,680,000 imposed by the PRA.

Sam Woods, deputy governor for prudential regulation and CEO of the PRA, said: “We expect firms to invest appropriate and adequate resources to ensure that they submit accurate regulatory returns. In this case, Metro Bank failed to meet the standards of governance and controls expected of it, resulting in today’s enforcement action.”