'It won't happen to me' mentality preventing homeowners taking out protection 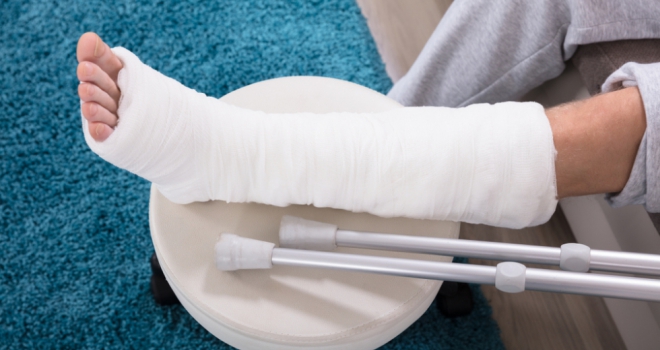 "It’s quite frequently the case that it’s once a person has experienced a change in circumstance that they consider protection, but by that point it could be too late."

Homeowners admit it takes a drastic change in circumstances, including falling ill or a change in employment status, before they would consider financial protection, according to new research from MetLife UK.

Mortgage holders confirmed that it would take falling ill (31%), a change in employment status (25%) or having an accident (24%) before they’d consider purchasing protection to support with their mortgage repayments should they be unable to work.

Yet, by the time homeowners consider the protection policy, it could be too late, as new policies don’t typically offer backdated coverage.

Lifestyle events such as having children (16%) and getting married (6%) can trigger the need to review protection, but overwhelmingly it is an unexpected change in circumstance which would encourage people to consider purchasing a protection product.

The research found that one in seven (14%) admit they regretted not taking out a protection policy which would have supported them with their mortgage repayments in the past. This is likely due to a third (34%) of respondents having to take four weeks or more off work due to accident or illness.

Despite this, a worrying number (22%) of mortgagees say that no circumstance would make them consider purchasing a protection product. Not believing it’ll be needed (28%), the cost of the policy (25%) and not being able to afford it (22%) are the main reasons preventing people from financially protecting themselves. Other reasons include, not being offered it (12%) and not knowing such protection policies even existed (11%).

After an uncertain year which has accelerated the value of protection amongst consumers, this could lead to a rise in people looking to financially protect themselves in the future. The research found that a quarter of homeowners (23%) intend on purchasing life insurance, while 17% will take out mortgage protection cover, 15% critical illness cover and 16% will purchase an income protection product covering accident, illness and unemployment.

For those who have already financially protected themselves, almost half (46%) say they wanted the peace or mind, while almost the same number (45%) said they wanted to be prepared should the worst happen, while well over a third (35%) said it was recommended by their mortgage broker, adviser and/or the bank.

Rich Horner, head of individual protection at MetLife, commented: “After such an uncertain year, it’s made the realisation of falling ill or a change in employment a reality for so many. We’re all guilty of thinking that ‘it’ll never happen to me’, but really, the worst-case scenario could happen to anyone. It’s quite frequently the case that it’s once a person has experienced a change in circumstance that they consider protection, but by that point it could be too late. Although protection would cover you in the future, a new policy wouldn’t cover previous experiences. And with one in seven regretting not having financial protection in place, it’s vital that current and aspiring homeowners are fully aware of what products are out there. And importantly, the product most suited to their needs.”