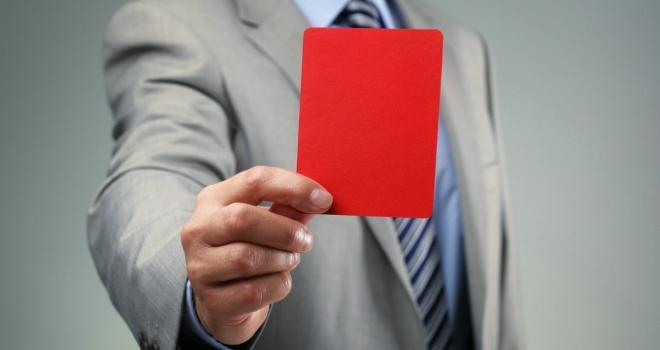 Small and micro employers are being warned to check the date they must be ready to meet new workplace pensions duties and to prepare early, after three fixed penalty notices were issued, each imposing hundreds of pounds worth of fines on employers.

The latest automatic enrolment compliance and enforcement bulletin published by The Pensions Regulator includes details of how many times the regulator has used its statutory powers. It also showed that non-compliance investigations by TPR that uncover breaches has more than doubled since the start of the year.

This period saw a significant rise in the number of employers needing to meet their duties as thousands of medium sized employers, (approx 150-250 workers), who staged in April 2014 reached their deadline to complete their declaration of compliance at the end of August.

The regulator continues to communicate with employers about how they should prepare for automatic enrolment as part of its educate and enable approach, including a new advertising campaign launched last week, but will take action to enforce compliance if necessary.

The bulletin found that 163 Compliance Notices were issued during the period. These statutory notices give employers a deadline within which to take certain actions. The first employers were fined for not meeting their duties and three fixed penalty notices were issued.

Research into employer awareness and calls to the regulator’s contact centres have indicated that some small employers still do not realise the law applies to them.

“We know most employers want to do the right thing and comply with the law. Where we take enforcement action by issuing a compliance notice, this gives employers the necessary wake-up call to provide the pensions their employees are due.

“As we deal with smaller employers, we will see more who, despite our message to prepare early, leave it too late or do not comply at all. This type of non-compliance is not acceptable. We expect to see the number of times we need to use our powers increase.”

The regulator has a range of powers to tackle non-compliance including serving fixed penalty notices and escalating daily penalties notices.

“It’s been two years since the first employers automatically enrolled their eligible workers into a workplace pension,” said Charles Counsell.

“In that time, more than 4.7 million workers have been put into a workplace pension scheme by their employer. That’s millions of people who have begun saving thanks to automatic enrolment. More than 33,000 large and medium employers have complied with their duties.

“But we are not complacent. More than 1.25 million employers need to comply with their new workplace pensions over the next three years. For all these employers it is vital that they find out their staging date now, and plan early to ensure that they are ready in time.”

The bulletin highlights some misconceptions which the regulator believes may have the potential to impact on compliance levels, including misunderstanding how and when employers can postpone the date that they must automatically enrol certain workers, and the fact that eligible workers cannot opt out before they are automatically enrolled.

“As more and more employers reach their auto-enrolment staging date, these figures represent what is likely to be a continuing upward trend across the UK business landscape.

“These findings also suggest that efforts from TPR and the Government to communicate the auto-enrolment message to employers are simply not getting through.

“Every employer throughout Britain should see this as an urgent wake-up call, to ensure they are not left behind in an increasingly complex pensions market. Whether you’re an SME approaching your staging date, or a large corporation heading towards re-enrolment, our advice is to avoid complacency and act now.

“With legislative changes such as alterations to defined contribution pensions already reshaping the landscape, it is essential that firms conduct a thorough audit of their scheme in order to remain compliant.

“I think this is just the tip of the iceberg for employers, who now face mounting pressure from the governing authority to avoid breaches and ensure the ongoing auditing and compliance of qualifying pensions.”