Should the Bank of England continue to raise interest rates? - brokers react

Ahead of the Bank of England's rate decision this week, Newspage asked a selection of IFAs, brokers and estate agents whether they think rates should be increased and why. 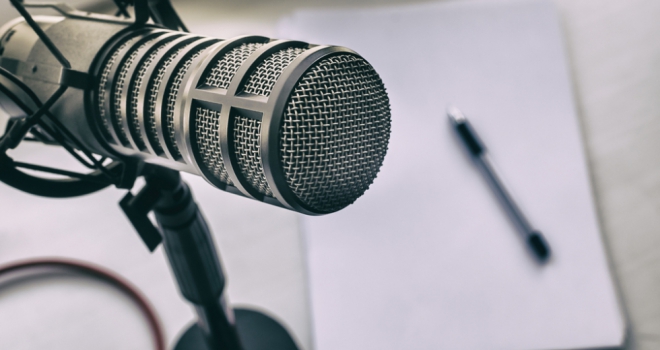 "We need more leadership and Government intervention to have meaningful results instead of targeting the already income-stretched population with rate rises."

James Miles, director of Exeter-based broker The Mortgage Quarter: “Raising interest rates is the only weapon in the Bank of England but it will continue to have a limited impact on inflation. In this case, the cure could be worse than the disease. The true rise in prices is supply-driven throughout the world, which will continue to get worse due to the war in Ukraine. We need more leadership and Government intervention to have meaningful results instead of targeting the already income-stretched population with rate rises. Fortunately, many homeowners are on fixed rate mortgages so their disposable income will not be affected."

Imran Hussain, director at Nottingham-based Harmony Financial Services: “The Bank of England does not really have a choice but to increase rates this week. However, rate rises in themselves won't be enough in the battle against rampaging inflation so there will have to be government intervention, too, specifically in relation to utilities. If not, whatever the Bank of England does still won't help ordinary working people in what is fast becoming an unprecedented cost of living crisis."

Samuel Mather-Holgate of Swindon-based Mather & Murray Financial: “The Bank of England's remit is simple, to control inflation. However, raising rates isn’t going to combat inflation that we import in terms of the global oil price or commodity prices such as wheat and grain. It’s clear that a recession is around the corner, and this will drive inflation lower. It’s obvious that now is not the time to be raising rates. It would be ineffective and counter-productive. There needs to be a collective effort from the Bank of England and the Government to stave off what is shaping up to be a severe recession."

Rob Peters, director of Altrincham-based Simple Fast Mortgage: "While the Bank of England's remit is clear, namely to 'control inflation', they simply don't have the right tools for the job. It's a bit like your builder turning up to work with just a hammer. Undoubtedly, there will be no choice but to increase interest rates this week. The key drivers of inflation remain energy prices and supply chain issues for many of the products we all need. The Bank of England is helpless to assist in these matters and we will all continue to feel the pain, potentially for some time yet."

Simon Shinerock, chairman of Horley-based Choices Estate Agency: "There are pros and cons of raising rates, mostly to do with exchange rates. If we don’t increase rates, then the pound will get weaker and imports more expensive, thus adding to inflation. Our exports, however, will be more competitive. If we increase rates, the pound will strengthen, making imports cheaper, but our exports less competitive. Higher interest rates also control demand-led inflation, which is probably coming under control anyway due to the cost of living crisis."

Lewis Shaw, founder of Mansfield-based Shaw Financial Services: "The Bank of England has to increase the base rate again, potentially by 0.5%, to control inflation but also to strengthen Sterling. The pound has weakened against other currencies, which means imports are more costly and also contribute to higher inflation, so the Bank of England is stuck between a rock and a hard place. Moreover, it’s the only tool they have at their disposal, and if the Bank of England don’t raise rates, there’s a risk politicians will scapegoat them for further adding to the current inflationary problems. However, it’s unlikely that any base rate increases will bring inflation under control because most of the current inflation is due to higher energy prices following the oil shocks because of the war in Ukraine, higher fuel prices because of the same and increasing shopping costs due to increased logistics prices. We don’t have a joined-up approach to solving this inflationary crisis or an answer to permanently higher prices, which will make everyone poorer. The Government has taken its eye off the ball and is naval gazing when we need targeted political intervention."

Adrian Murphy, CEO at Glasgow-based wealth manager, Murphy Wealth: "The US is leading the way on taking action against rampant inflation, which is now a global problem. Many say it has come a little late. It is likely that the UK will now follow suit, and that isn't a bad thing. The biggest threat to the UK economy, and investors, is high inflation and low growth, so action is required. UK inflation has proven to be more stubborn than initially hoped and there is little to shelter investors and savers from value erosion. The Bank of England has the unenviable task of taming inflation through interest rate rises, without choking off the fragile growth in the UK economy that is so badly needed after the ravages of Covid."