The fixed-rate mortgage market has changed in recent years. 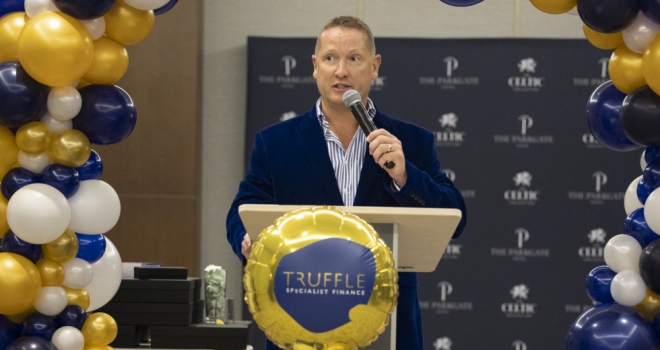 "Given the cost of living crisis, there will inevitably be some clients with outstanding debts on loans and credit cards which are not quite as affordable as they once were."

It’s not all that long ago that borrowers were most likely to opt for a two-year fixed rate mortgage. That way they benefited from the certainty afforded by the fixed rate over the size of their monthly mortgage repayments, but were also able to remortgage, potentially to a cheaper deal, every couple of years.

This has changed however. The uncertainty, particularly since the start of this year, combined with the pricing of longer-term fixed rates becoming more competitive, has meant borrowers are instead increasingly opting for five-year fixed rates, if not even longer terms. What’s more, the speculation over base rate rises this year will mean adviser have no doubt seen even more borrowers keen to fix their rate for longer.

Doing so obviously provides the borrower with some peace of mind, and perhaps makes budgeting somewhat easier. However, it does present a real challenge when circumstances change resulting in the borrower wanting to raise further funds.

Is remortgaging really an option?

Back when borrowers moved between two-year deals, remortgaging was the obvious option for clients looking to secure financing, perhaps in order to consolidate their debts or to pay for home improvements.

This is not such an appealing prospect anymore. If the client is only halfway through a lengthier fixed-rate term, then chances are the early repayment charges they would face in order to remortgage will be far more sizeable. It’s one thing to pay a 1% early repayment charge on a £150,000 outstanding loan, but quite another to pay 3% or 4%, particularly if the whole point of refinancing is in order to get debts into better shape.

That’s not the only issue, either. Unsurprisingly, given the base rate rises we have already seen this year, the interest rates on fixed-rate mortgages are increasing. As a result, not only would a client remortgaging have to hand over thousands in early repayment charges, they would also inevitably sacrifice a lower mortgage rate for a higher one.

The resulting rate shock would be even more significant if the financing needed pushed the mortgage into a higher LTV band than the existing mortgage.

Second charges are more needed than ever

The reality is that remortgaging in order to raise funds has never been less attractive as an option, unless the client happens to be nearing the end of their fixed-rate term.

Thankfully, there are other ways that advisers can help their clients to raise the funds needed, without needing to touch the outstanding mortgage, such as through a second charge mortgage.

The second charge market is in an extremely healthy place at the moment, with a host of lenders actively competing for business. In fact, the latest data from the Finance & Leasing Association shows new business volumes in March were worth £139m, the highest level seen since 2008.

Second charge loans allow clients to tap into the equity they already hold in the property, leaving the first charge mortgage untouched. Given the extraordinary house price growth seen over the last few years, many homeowners have more equity at their disposal which they can unlock through a second charge, avoiding all of the added costs that would come from remortgaging.

How will you offer second charges?

Given the cost of living crisis, there will inevitably be some clients with outstanding debts on loans and credit cards which are not quite as affordable as they once were. If they are in the middle of a lengthy fixed-rate term, then a second charge mortgage is likely to be their best option.

As a result, advisers need to think carefully about how they are going to go about delivering these products to their clients.

While some have embraced the market themselves, others have opted to partner with specialist distributors. This latter approach can make it easier to package cases properly and find a helpful lender swiftly, given the different attitudes lenders in the second charge market have from mainstream mortgages. What’s more, it also allows advisers to enjoy a revenue stream without having to handle the actual advice process themselves.

The right option will vary by practice, but what’s clear is that all advisers will need to have a plan in place for offering second charge mortgages. This is not an area of the market that can be ignored.