CPI inflation increased by 9.4% in the 12 months to June, up from 9.1% in May, the latest ONS statistics show. 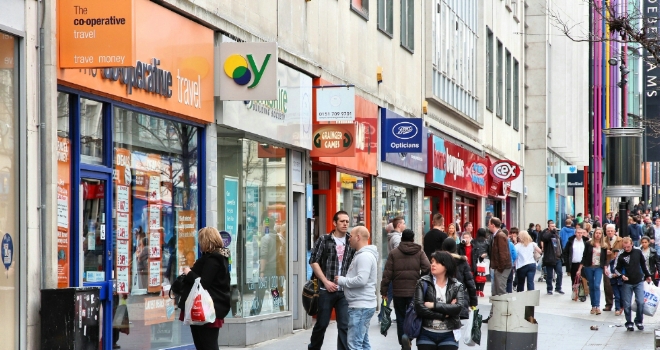 "The likelihood is growing that this fresh scorcher of a reading will mean the Bank of England will push up rates by 0.5% at the meeting in August."

CPIH inflation, which includes housing costs, saw an annual rise of 8.2%, up from 7.9% in May.

Rising prices for motor fuels and food made the largest upward contributions to the change in both the CPIH and CPI 12-month inflation rates between May and June.

Susannah Streeter, senior investment and markets analyst at Hargreaves Lansdown, commented: "With inflation running at 9.4% there is no escaping the heat in the economy and it’s going to make policymakers at the Bank of England sweat. They face the supremely tricky task of rapidly cooling down prices, without pushing growth into the deep freeze. The economy sorely needs to be doused by a bucket of ultra cold water, but the labour market is still red hot and promises of tax cuts by Prime Ministerial contenders risk seeing prices staying elevated as demand for goods and services is kept higher.

"The likelihood is growing that this fresh scorcher of a reading will mean the Bank of England will push up rates by 0.5% at the meeting in August. The governor of the Bank of England Andrew Bailey has reiterated that it’s inflation which is the clear and present danger facing the economy right now. In a speech at the Mansion House last night he stressed that it would continue to be the focus and that there were no ifs and buts in the Bank’s commitment to the 2% target."

Richard Carter, head of fixed interest research at Quilter Cheviot, said: “Another month and another rise in inflation as the relentless pressure on consumers continues. This time the UK consumer prices index came in at 9.4%, a touch higher than forecasted as continued high energy and petrol prices take effect. The Bank of England is expecting the peak around 11%, so there is some way yet to go and explains why a 50 basis points rise in interested rates is now firmly on the table at the Bank of England.

“The Bank of England will be feeling the heat of the past few days and has a very difficult job on its hands to ensure the economy has a soft landing. Recession fears are growing by the day and if more extreme interest rate rises are required, this could easily tip the economy into contraction. The financial pressure on consumers is only going to get more intense over the coming months and especially when we get the latest energy price cap later this year. However, the BoE has to balance that with the need to get inflation down and given its persistence it may feel it has no choice but to act strongly now.”

Ed Monk, associate director at Fidelity International, added: "Today’s rise in inflation adds to the evidence that the cost of living squeeze is going to get worse before it gets better. An increase was expected but at 9.4% the annual CPI rate recorded today exceeds forecasts and suggests the surge in inflation is running further and faster than expected. It was transport costs that added the most to the overall rate in the year to June, with drivers having to swallow a 42.3% rise in motor fuels.
And the upward pressure on prices will only continue when further painful rises in energy bills come through in the Autumn.

"The inflation number has to be read alongside data on pay, which yesterday showed wages rising but still lagging prices, meaning households are getting poorer in real terms. The rise in CPI today means the squeeze on wages will get worse.

"The Bank of England has been left playing catch up and, despite tightening interest rates aggressively this year, may have to increases borrowing costs yet further and faster in order to prevent a more widespread inflationary spiral."