The Council for Licensed Conveyancers (CLC) has won approval to overhaul how it calculates and collects regulatory fees from the practices it regulates, so it can now charge more to firms that generate disproportionate levels of complaints. 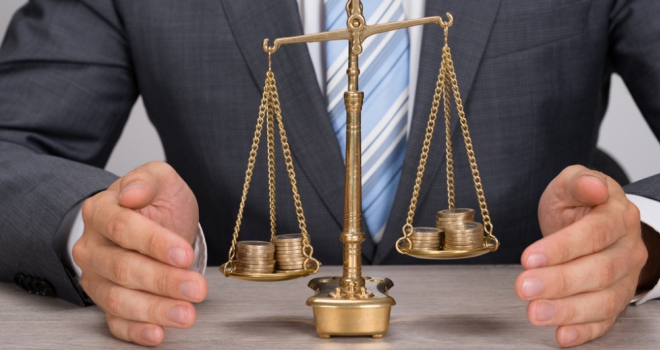 "Introducing a usage fee is fairer, builds in better proportionality into meeting OLC costs and will encourage improvements in complaints handling."

CLC-regulated firms only generated an average of 256 cases in each of the last three years – just 4% of the total handled by LeO – but the levy is a significant cost of regulation; the CLC’s own budget for the coming year is just over £2.2m.

Until now, all CLC-regulated firms have paid the Office for Legal Complaints (OLC) levy through their practice fees, which are calculated purely on the basis of turnover. The decision to separate the cost of the OLC is the first of its kind in the legal sector and will reduce practice fees by an average of 23%. Their collection begins this month.

The OLC levy will be collected separately next May when the final OLC costs for its financial year have been confirmed. The payment of the practice fee and the OLC levy are both conditions of licence by the CLC.

All firms will this year share 70% of the costs on the basis of turnover. The remaining 30% will be allocated on the average number of complaints against each firm over the previous three years. As a result, most CLC-regulated practices will see their percentage share of total costs fall.

However, 51 practices (23%) will pay more than the 16.7% average increase because they have a higher number of LeO cases.

CLC chief executive, Sheila Kumar, said: “Despite the CLC reducing its own operating costs in a sustainable and steady way over the past five years, the OLC’s costs – which are beyond our control – have grown, and continue to grow, very substantially.

“While it is right that all regulated practices should contribute to the costs of complaints handling to ensure availability of the service, introducing a usage fee is fairer, builds in better proportionality into meeting OLC costs and will encourage improvements in complaints handling.

“We will monitor the impact of the new approach on complaints handling. The findings will guide the move from the usage element making up 30% of the OLC levy to 80%. This phased approach gives practices four years to address complaints handling and bring referrals down to proportionate levels.

“We are again freezing individual licence fees, continuing the trend of a real terms reduction over several years.”