Last month, the insurance market Lloyd’s of London issued a £1m fine – the largest fine ever in its centuries-long history – to one of its member firms Atrium Underwriters, after the firm mishandled a bullying and harassment case from one of its employees. 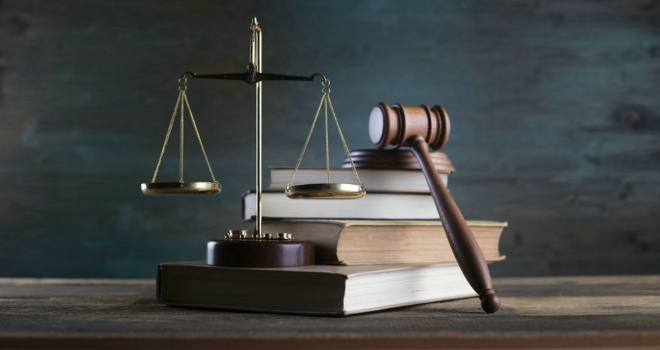 "To reduce risk, employers should have grievance procedures through which concerns may be addressed, bolstered by clear instructions about standards of conduct."

Why was Atrium Underwriters fined so severely by the insurance market?

The enforcement byelaw gives Lloyd’s of London a menu of potential sanctions where misconduct is found, one of which is a fine. In this case there were three charges, all of which Atrium accepted.

Had Atrium contested the charges, the fine would have been even higher (£1.5m).

Lloyd’s also noted pieces of mitigation in deciding the sanctions, including Atrium’s co-operation; its previously good record; and the fact that it has implemented various internal changes to address the issue.

When deciding on sanctions, Lloyd’s applies various overriding principles, which include promoting high standards of conduct, proportionality and seeking that the sanction has a suitable deterrent effect not just on the affected individuals, but the market more widely. Lloyd’s also considers a firm’s revenue when deciding on the level of a fine.

The level of fine therefore appears specifically designed to be severe enough to have a meaningful impact on Atrium and the market more widely.

Could they face employment claims from their staff who were victims of bullying?

It is impossible for a bystander to give any informed view on the inner workings of an employer and whether there will be more claims within Atrium.

Speaking generally, it is not unusual for organisations to employ at least one individual who is widely known to be a difficult character but, because of their seniority or importance, little is done to address the issue. When the allegations finally catch up with this individual, you can often see more complaints coming out of the woodwork.

When this does happen, the employer should consider using its grievance procedure or equivalent to address the issue. The fact that the complaint may be historic or raised by an ex-employee does not automatically mean the employer can ignore it.

In reality, many employees and ex-employees who raise complaints agree to sign a settlement agreement and NDA. In situations like this one, can an agreement be torn up?

If complaints cannot be resolved, the next step is for the employee to consider taking action in the employment tribunal. However, most tribunal claims are subject to short time limits (typically 3 months), so employees with historical complaints may find their claims are time-barred unless they can persuade the tribunal otherwise.

What is defined as ‘inappropriate behaviour’ and what protective measures can companies take to avoid claims or penalties?

This depends on the workplace. The Lloyd’s enforcement byelaw contains a very specific definition of misconduct, and FCA rules require minimum standards of fitness and propriety underpinned by individual conduct rules in the handbook.

There is, however, no standalone definition of “inappropriate behaviour” or “bullying” in employment law. Employees have various avenues available to them: they may be able to bring claims for discrimination, victimisation and harassment under the Equality Act 2010. Alternatively, if the bullying relates to a whistleblowing complaint, they may have protection against dismissal and being subjected to a detriment.

There is typically some protection under the employment contract and also the uncommonly used Protection from Harassment Act 1997. Inappropriate behaviour at work can also be in breach of an employer’s duty to take reasonable care for the health and safety of employees in the workplace. Where the bullying has resulted in psychiatric injury to an employee, the employer may be vicariously liable.

To reduce risk, employers should have grievance procedures through which concerns may be addressed, bolstered by clear instructions about standards of conduct. Regular training for all levels of an organisation will also help identify issues before they escalate.

In most cases, bullying results from a failure in workplace culture. Tone is set from the top, so it falls to the leadership of an organisation to require the highest standards from staff and to lead by example in their own conduct.